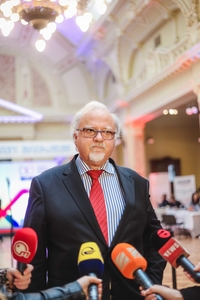 “In the field of higher education, internationalization is key to speeding up the ongoing reforms and to make Georgia a regional hub of student mobility. France is ready to assist in this process through this project called “French-Georgian University”.”

“The French-Georgian University is a unique opportunity to obtain a prestigious European, internationally valued degree in Georgia.”

Pierre Clouet
Director of the French Institute of Georgia 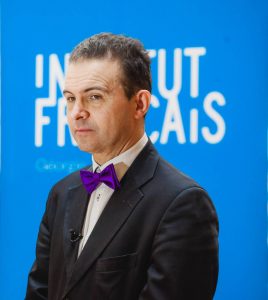 “French-Georgian University is the first brick of sincere and lasting links between our universities and schools, in order to create a space of mobility between the two countries, for the students and for academic staff as well.”

The main goal of French-Georgian University (FGU) is to create a coordinated set of double French-Georgian degrees in Georgia in strategic sectors such as tourism, the agricultural sector or new information technologies, with the aim of developing these fields in the country.

This project was inspired by similar programs implemented internationally by the French Ministry of Higher Education and Research as well as the Ministry of Europe and Foreign Affairs. These programs include French-German and French-Italian universities.

FGU will also contribute to the internationalization of Georgian higher education system by offering internationally recognized double degrees to Georgian students. Thanks to affordable French academic programs in Georgia, Georgian students will no longer have to leave their country for years in order to get a high-quality European education.

This website uses cookies to improve your experience while you navigate through the website. Out of these, the cookies that are categorized as necessary are stored on your browser as they are essential for the working of basic functionalities of the website. We also use third-party cookies that help us analyze and understand how you use this website. These cookies will be stored in your browser only with your consent. You also have the option to opt-out of these cookies. But opting out of some of these cookies may affect your browsing experience.
Necessary Always Enabled

Any cookies that may not be particularly necessary for the website to function and is used specifically to collect user personal data via analytics, ads, other embedded contents are termed as non-necessary cookies. It is mandatory to procure user consent prior to running these cookies on your website.